A decorative cover for a hole in the living room woodwork leading to a vent in the basement. There are at least two such vents in the house (that we know of), starting in the basement and ending between walls on the first and second floors. The second-floor vent is behind a plaster wall and is currently inaccessible (for now), but the hole on the first floor was cut into the woodwork and the cutout piece nailed back into place before we moved in. We wanted to design a more ornamental covering that could also be opened or removed easily for access to the basement.

The outer frame was printed in 3D-Fuel Wound Up coffee-infused PLA; the lithophane panels were printed in 3D-Fuel Entwined and coated in clear epoxy resin. The panels incorporate glitch and maze patterns created by Dataerase. Details such as the latch handle and additional decorations were made with epoxy and mixed media; the latch itself was taken from the front door of the house.

Jerami installed the remote controlled LED bulb, which illuminates the lithophane panels from the back. 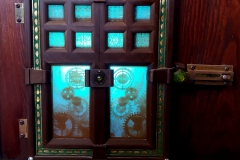 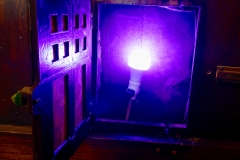 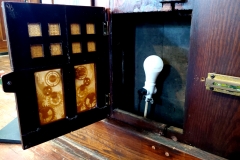 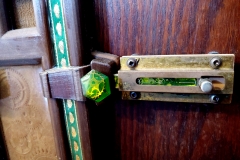 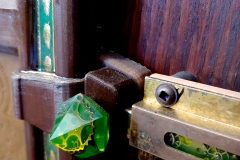